On the 26th of February, employees of Vestia came to the door of a squat on Tweebosstraat, 120. They knocked at the door, introducing themselves as the police. Obviously the squatters didn’t believe them, and refused to open the door anyway. Vestia threathened them to call the police, so they gave them the following documents proving they were living here for more than a week. Those documents were stamped by the OM on the 19th of February to prove the authenticity of the date. 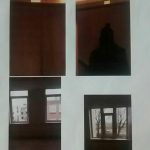 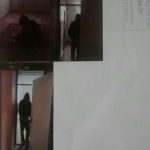 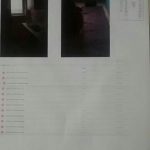 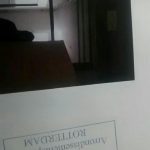 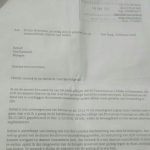 According to Dutch law, those documents mean that Vestia is supposed to do a courtcase against the squatters in order to get an eviction order. After 48 hours of occupancy it’s illegal to evict a squat without an order from a judge.

But police was called anyway. When they came, Vestia kept the documents to themselves and lied to the police, saying the squatters arrived that day, so it was legal to evict them without a courtcase. The police took the statement of Vestia as a proof and didn’t investigate further: they didn’t try to talk with the squatters, they ignored the neighbors when they told them that there were legal documents that they didn’t see and they didn’t ask Vestia for those documents.

After a while, 6 police trucks arrived. They started to kick the door with battering ram despite the protestations of the neighbors. A small group of bystanders formed in the streets, some of them singing with the squatters or questionning the police. Some police officers said they were evicting following direct orders from the OM. Eventually, the police closed the streets and forced everyone to leave, but the group stayed around for a while. When the police finally managed to break in, they arrested the three inhabitants quite roughly under the boos of the crowd. Two of them were kept for the night, and have been questioned without a lawyer despite the fact that one was on his way to the police station. SPS sealed the place with sytex plates with the help of the police, under the supervision of Vestia. The belongings of the sqatters were locked up inside, they didn’t get a chance to get them back.

Later that night, a banner appeared on the wall of the 120 despite the sytex:

This eviction, like the one in De La Reystraat 42, was completely illegal, and we have documents to prove it. We will soon sue Rotterdam’s police and the OM for ordering an eviction without a proper investigation and disregarding documents prooving that it was illegal. We’ll also highlight Vestia’s fake statements to the police.

Videos of the eviction will come soon, keep yourself updated!

Take care and see you soon!